While the rest of the world takes phone calls for granted, many inmates and their families consider it the highlight of their day. Or in some cases, their month.

According to studies, positive family relationships can help reduce recidivism. Being in prison can take a serious toll on one’s emotional and mental health. Unsurprisingly, many who were otherwise mentally healthy upon going in can develop mental health issues once inside.

This is why inmate calls are crucial for both inmates and their families. Even if you’ve never been to prison, you probably have an idea of how lonely prison can be. Talking to their loved ones offers them a glimpse of the outside world and the life they’ve left behind. It makes them feel a sense of “normalcy” even just for a moment and lets them know that someone is waiting for them outside. This, in turn, gives prisoners a strong support system that allows them to turn their lives around upon release. 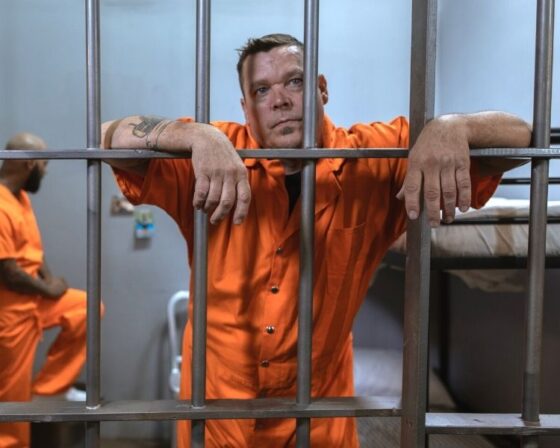 Before you sign-up for calls from inmates, there is one crucial thing you should remember: you can’t call inmates, they call you.

The Fourteenth Amendment protects an individual’s right to post-booking phone calls. This means that if a person is arrested, they can make a phone call to anyone they like. Most states and federal prisons allow just one call within 24 hours. In California, however, arrested persons can make up to three calls except where it’s physically impossible.

Once the person is sent to jail, they will need to provide their “contact list” to make calls. A contact list contains the names of the people that the inmate plans to keep in touch with. The warden will then check the list to make sure that it does not include people who the inmate is legally forbidden to contact. Once the list is approved, they can start making phone calls.

Most facilities partner with jail-calling companies. These companies usually offer two ways to make a phone call: debit and collect.

Upon going in, inmates will be given a debit jail calling account. It’s essentially a prepaid calling account. Meaning, it needs to be topped up first before the inmate can start making phone calls. Inmates can usually buy phone credits from the commissary. But some prisons allow outsiders to top up an inmate’s calling account.

If the inmate’s debit account isn’t topped up, they can still place a collect call to anyone on their contact list. You’ll usually receive a voice prompt prior to connecting the call if the inmate is calling collect.

How You Can Receive Calls From Inmates

As mentioned, inmates have to submit a pre-approved contact list before they can make calls. They cannot call anyone outside of that list. In some prisons, they can only list down up to 25 contacts. So if you want to receive calls from an inmate, the first thing you need to do is make sure you are on their contact list.

If the inmate doesn’t know your contact number or you changed your number, you can include it in your letters and prison postcards.

2. Make Sure the Inmate Can Make Calls

This one is pretty obvious. If the inmate’s calling account isn’t topped up and the facility doesn’t allow collect calls, they won’t be able to call you.

3. Set Your Phone to Allow Calls From Jail

Some jail-calling companies also allow you to set up a prepaid collect calling account. It’s a prepaid account that the inmate can use to call you collect. This is especially useful if your network provider doesn’t allow collect calls.

Make sure the inmate can make calls.

Set your phone to allow calls from jail.

How Much Do Jail Calls Cost?

As of  August 2020, the FCC has set a cap of 21 cents per minute for prepaid/debit calls and 25 cents a minute for collect calls. But this only applies to inter-state long-distance calls. Local and international jail calls remain unregulated and most of the time, it’s way more than most inmate families can afford.

In the US, the cost of jail calls is mostly dictated by jail-calling companies. They partner with prison facilities to provide jail calls to inmates. These companies build infrastructures and provide prisons with a system to monitor and regulate jail calls. In return, they get complete monopoly of all inmate calls from that facility.

It’s no wonder then that these companies often get away with charging exorbitant prices for their services. In some facilities, inmates and their families have to pay up to $17 per minute. While most of us enjoy unlimited calls at very low rates, an hour of prison call can cost up to $1,020. For some families, this is already almost half their monthly income.

Is There a Way to Make Cheap Jail Calls?

We understand how hard it is for families to pay for expensive prison calls while trying to put food on the table. That’s why we at Securtel are committed to finding ways to help you make the cheapest jail call possible.

As mentioned, even though inter-state calls are capped, local and international calls remain unchecked. International calls, in particular, have lots of other charges making them much more expensive than local ones.

This is where our cheap jail calling service is most useful. To circumvent all these unnecessary charges, we will give you a local or an interstate number that the inmate can call. You just tell us where the inmate is incarcerated and our system will look for a phone number that will cost the least per minute. When the inmate calls this number, it will then be forwarded to your original number.

For a one-time fee of $45.98, you’ll enjoy three months of cheap jail calls. That’s more than 90 days of never having to worry about mounting phone bills or choosing between calling your loved one in prison or putting food on the table. Most of our subscribers were able to save up to 80% on prison call bills per month. If you want to save as much money as them, press that sign-up button now!

In the US, wardens and jail administrators have complete autonomy on jail call policies. As a result, inmate calling rules tend to vary among prisons. But most jails and prisons have specific policies on:

Call time curfews vary for each facility. Some prisons allow inmates to make calls as early as 7:00 AM and as late as 11:00 PM. But in most prisons, phone calls are only allowed after 8:00 AM.

In emergency cases, the inmate may be allowed to make phone calls outside of this time frame. But they’ll still need approval from the warden.

As mentioned, inmates need to submit a contact list before they can make calls. This is to prevent inmates from dialing random numbers and threatening victims and witnesses.

An inmate’s contact list may include their attorney, immediate family members, and friends. Unless the court expressly prohibits them from contacting said people.

Most prisons have automated jail calling systems. So if the inmate tries to call a number that’s not on their approved list, the call will get disconnected.

In the past, three-way calling was used by inmates to talk to people who are not on their contact list. So for security reasons, three-way calling is banned in most prisons. This means an inmate can only talk to the person they are calling. If you initiate a three-way call while the inmate is on the line, it can result in them losing their calling privileges.

Each facility has different policies on how long an inmate can talk on the phone.

Some facilities, however, have more relaxed policies. In Washington, for example, inmates can stay on the phone as long as they want. Provided, however, that they don’t hog the phone to themselves. States like Texas also don’t put a monthly limit on inmate calls. If they have the funds, they can make calls as often as they want.

Most of the time, you’ll hear a warning tone a few minutes before the call is disconnected.

Most prisons tend to be really strict about phone calling rules. But emergency situations like the death of an immediate family member or the inmate’s house burning down may warrant exemptions.

In these special instances, you may call the warden and ask to speak to the inmate. But you still need to be respectful about it. Remember that you are asking them a favor and they are not obliged to grant your request.

Unlike state and county prisons, federal prisons have uniform rules on inmate calls.

For one, inmates are allowed up to 30 numbers on their contact list. Each inmate is also issued personal access code (PAC) which they’ll need to access the phone. They can only call up to 15 minutes with at least 30 minutes intervals between calls.

Federal inmates are only allowed up to 300 minutes of calls each month. But they are normally given an additional 100 minutes for the months of November and December. In certain instances, inmates who have exhausted their call minutes may be allowed a recorded voice call.

What to Avoid During a Jail Call

All inmate calls, except calls to attorneys, are monitored and recorded. They can even be used against the inmate. So if you’re taking a call from jail, you need to watch what you say or do. Some of the things you should avoid are:

There are a lot of things you should never talk about during a jail call. But a good  rule of thumb would be to not talk about something that people – other than the one you’re calling – should never hear.

An Inmate Can’t Call Me. Why Is That?

Though inmates are entitled to phone calls, it’s not a right but a privilege. As such, the government can take it away for any reason they deem fit. Inmates usually lose their calling privileges if they:

Sometimes, prisons will also go into lockdowns especially if there had been a riot or an escape attempt. During such, prison phones will be temporarily off-limits for all inmates.

Inmate calls are essential in helping inmates cope with prison life. But with private companies jacking up jail calling prices, it has become a burden for most inmates and their families. An hour of call usually means foregoing a meal or missing out on rent. Having a cheaper option like Securtel’s jail calling service helps you spend more time with your loved ones without having to worry about missing a meal or being kicked out of your home